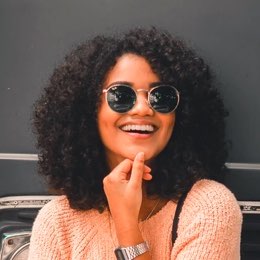 It is Sunday and I am feeling ridiculously sorry for myself. Don’t panic, you have not missed Friday and Saturday it is just I have decided to give this diary a little introductory bit.

I have washed my hair (I can highly recommend Toss Liquid Laundry Detergent, gives a lovely soft feel) and cleaned the toilet. Someone in the block of flats which overlooks our little compound is listening to first a Take That compilation and then Terry Jack’s Seasons in the Sun. At least it is robust competition for the singing coming from the churches which we have on three sides. Having said which, stand anywhere in Nairobi and you have churches on three sides of you. It makes Rome look positively Godless. I have just walked up the road to Shalom for milky coffee and free wifi. The cloud of dust which enveloped me as the cars passed on their way to Cornerstone Church has mean that the Toss will have to come out again later. I am about to log on and watch the Moto GP. Vale is in trouble, qualified on the second row and is having dreadful trouble with his Bridgestones – no feel and serious degradation. If it hots up out there he could be toast. Which will not help my mood. The last thing I need to see right now is a laughing Lorenzo.
Anyway … the diary

Friday 25th September
My friend Rebecca is dead. She died last night. We have been WhatsApping each other morning and night but she stopped replying on Wednesday. I don’t really know what to do. She was so sick and in such pain and people are saying things like “she is at peace now” but I know Rebecca would rather not be at peace and be back here with Bertie and Strictly on a Saturday night and a good roast chicken and a cheeky MummyJuice. Rebecca saved my life. When I was in what they are wont to call “a bad place” and doing all manner of silly things of a hugely self-destructive nature, she saved me. She would just not let go until I sorted myself out. And now she is dead.

I am at Shalom for a meeting with Catherine, who is Our Lady In Thika and of The Maasai. I am posting a diary when I read a posting from a mutual friend on FB. I have just WhatsApped her an hour ago (Her code name Sweet Pea, Me code name Tiger).
Catherine has only gone and got herself A Real Job but is not enjoying it. She is finding it irritating and a bit pointless. It is with an NGO working in HIV/AIDS and the long hours have meant she has not been able to do the research into the sex worker industry in Thika that we were going to do. And has not kept in touch with the Kuku Shoshos we funded a few months ago. Turns out the Kuku Shoshos have somewhat ground to a halt. They sold several hundred chicken and divided the profit because “their sons were hungry and needed to eat”. They have 200 chicken left for which they do not have a customer and who are eating voraciously. Today is not the day to be giving me bad news. However it is not Catherine’s fault as we went over the whole financial structure of a project like this when we did the fundings. They have been trying to sell the adult kuku at 2000 bob – a ridiculously inflated price. We agree that Catherine will go back and tell them of my anger and my threat to come and remove all the chickens and give them to someone else. Catherine knows of a farmer’s market where she thinks she can sell the kuku at 1000 each (a fairly good price) which would net the group 200,000 which is WELL enough to start again. I ask Catherine if I should come to Thika and do my Angry Act. She says she will let me know.
Doris joins us and we discuss the quintessential differences between funding in urban and in rural areas. Most people in rural areas, no matter how poor, are living on their own tiny plot of land and therefore not paying reant. They do not have the omnipresent threat of eviction and homelessness that the urban folk do. It is a great spur to action. And, points out Doris, if you have even a small plot you can have vegetables. You will not starve. Well, not completely.
We talk until it gets dark and Catherine goes back to Kawangware. Doris and I go to Jowac where I resort to drinking Smirnoff Black Ice which is FOUL beyond belief but 7% proof as opposed to whatever Tusker is. We wander back to the compound and so ends the day

SATURDAY 26th
I am not sure what I am doing but I suppose I had better do something. So I go to River Road (having made David promise not to get us arrested) and I get a load of Kucha Kool kits – some amazing colours of nail polish and all the pokey tweaky filey bits that go with. Buffery rectangualt things come, as usual, from Poundland. A quid for four. Oh yes. I nearly buy some lovely scarves but the bloke in the shop insists that if I want a reciept I will have to pay VAT. So I don’t. Thence to Kariokor and a load of the old ladies’ wonderful woolen kiyondos. This is one of the places that always makes me think of Montgomery Clift in Suddenly Last Summer when he goes down to the beach and all the street boys attack and eat him. I fight off the crowds of (mainly men claiming their shosho sent them) salespeople.
We go to Naivas on the Ngong Road for lunch (gizzards for David and liver for me) and I buy a load of nice white plastic boxes for the Kucha Kool Kits – three are going to the Sanitary Babes who will – once they have established their bona fides – be offering manicures to the ladies of their loos. I look for a mozzie net (which I keep failing to buy) but settle for a plug in mozzie repellant called DOOM instead. Mozzies are not the horror for me that they were as one of the great things about being fully ‘roided up is that the bites no longer swell up like ghastly pink humps but just behave like normal bites. So I barely notice them until I run a hand over my skin and notice it is as if I have has some of those implants where you get ball bearings put under your skin. We take everything back home and then David drops me at Junction so I can put some money in Mpesa to send to a new group starting Thabai (stinging nettles). I also go into Nakumatt and buy a pillow. £4 and a great great luxury.
The newspapers say the teachers’ strike is over but there is much grumbling. The story on the front page shares space with one about a female Cabinet Minister who is being asked to explain a 700 million shilling deficit in her budget. The money has just disappeared. From a government which keeps saying the country does not have enough cash to give the teachers a raise.
I miss my conversation with Rebecca and play 23 games of Solitaire instead. God bless smartphones. 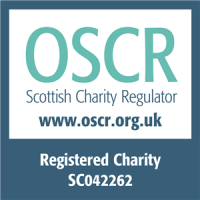